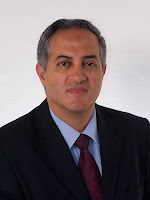 Tunisia's incumbent operator Tunisie Telecom has confirmed its participation as Technology Partner at the North Africa Com conference and exhibition taking place in Tunis on 15th and 16th May.
Director General Fadhel Kraiem will participate in the Leadership Summit in the opening keynote session at the conference. He will share his expertise and Tunisie Telecom's strategy on how telcos can adapt to a new market environment, both in terms of economic and socio-political changes and of technology evolution and convergence. In this session he will be joined by other leaders of the region's telecoms operator to share experiences and best practice from different markets.
As leader in the Tunisian telecommunications market, Tunisie Telecom offers a full range of fixed, mobile, Internet and data transmission services to address the needs of residential customers, small businesses and large corporations, as well as third party operators. The company has invested heavily in a modern infrastructure, leading-edge high-speed broadband technologies (FO, IP MPLS, 3G..) and a high-capacity global connectivity to achieve better quality of both its network and its customer relationships.
The North Africa Com team is pleased to welcome Tunisie Telecom as Technology Partner and to provide a window on the innovation and dynamism in the region's communications market. The 2-day event will include presentations, discussions and networking opportunities for all representatives of the region's telecoms, media and ICT sector.
Posted by Julie Rey at 15:13 No comments:

Su Kahumbu is Creative Director of Green Dreams, a social enterprise in East Africa. It produced the iCow app – a unique farming tool that won the Apps4africa initiative in 2010. Green Dreams focuses on 2 key areas in sustainable organic agriculture, Information dissemination and markets. Working with partners we are enabling farmers access information over print media, the internet, radio, via on ground extension officers as well as mobile phone. Su is speaking at East Africa Com, taking place in Nairobi on the 17-18 April.

CWS: How would you sum up the characteristic of the East African telecoms, media and ICT industry this year?

SK: The industry is booming, innovative products are becoming increasingly available to consumers. We are at the start of an interesting revolution.

CWS: What would you say is Green Dream’s priority for 2012?

CWS: Which type of services do you think consumers are going to be calling for in 2012?

CWS: How important do you think cost-efficiency/reduction is for service providers in East Africa this year?

CWS: What do you think is needed to improve connectivity for the underserved in Africa?

SK: The usual hardware coupled with education and awareness. Plus innovative products that deliver real, tangible value to the underserved, and lower connectivity costs.

CWS: What do you think are the 3 key attributes needed to succeed in East Africa’s telecoms, media and ICT industry going forward?

CWS: Which key message do you want to highlight to the audience during your participation at East Africa Com in Nairobi this April?

SK: Information is power. I am beginning to see farmers organizing themselves and searching for more information as opposed to waiting for it to be delivered on their door step. In so doing they are changing the norm and becoming active participants in our drive towards sustainable food production thus national security. It is exciting to be see that technology is driving these changes.

Posted by EmilyMartyr at 15:27 No comments: 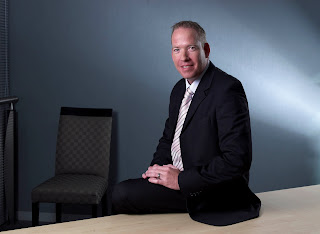 The Com World Series - organisers of Cloud Africa - caught up with speaker Richard Vester to understand a bit more about his experience, and what his thoughts are in the lead up to Cloud Africa (23-24 May, Sandton Sun Hotel, Jo'burg).

Richard has been in the ICT industry since 1997, and has been intimately involved in the service provider and communications industry across the board (sales, product development, operations and product marketing roles). He joined Vodacom Business Services as Executive Head of Hosted Service in 2007, and is now Executive Head. It can definitely be said that Richard has a detailed knowledge and understanding of Cloud Computing, and that he has developed one of the leading cloud businesses in Africa.

CWS: How would you describe existing ‘’cloud services’’ in Africa?

RV: Cloud Services in Africa can be broken down into a few different areas. Firstly lets look at private cloud, which is fairly mature in South Africa, but a lot less developed in the rest of Africa. We are seeing a lot more focus from global software vendors in extending their virtualization technologies into African markets. Several corporate companies have adopted at least virtualization in their own data centres. Most of the virtualization services are aimed at the infrastructure consolidation layer and not in the software space.

Public cloud is fairly immature in Africa. There are one or two players which have been able to build a true elastic cloud service, but this has traditionally been focused on the South Africa market with future African expansion the next logical step.

CWS: What would you say is the level of awareness about cloud in your country/region’s ICT market?

RV: There is a lot of awareness and talk in the market about cloud services. The challenge is not so much in awareness but more in the adoption. Many companies love the idea of cloud and they can confidently say that they need to adopt it in some form or fashion, however the starting point for moving to the cloud is the biggest challenge. Change seems to be the biggest stumbling block.

CWS: Which ‘type’ of cloud would be your choice – public or private?

RV: My first choice would actually be a hybrid approach specifically in the corporate / enterprise segment. The reason for this is that there are many companies that have adopted virtualization in their own data centres and are content not to move their information into the public cloud, yet the biggest challenge they have would be the need for rapid scale of infrastructure for growth. This could have a large capex burden on the company. The converse of that is many companies don’t wish to move all their confidential data into the public cloud, but wish to enjoy an opex based service with less capacity issues. The hybrid approach allows for companies to manage their own infrastructure and the public cloud infrastructure through a single pane of glass. When they need to scale quickly then leverage off the public cloud for rapid deployment and when you have greater timelines for internal projects, plan and implement your own private cloud.

Smaller companies without their own data centres should look to move to public cloud as the benefits are exponential.

CWS: How rapidly do you think the adoption of cloud will reducing capital and operational expenditure for enterprises in Africa?

RV: Adoption of cloud would see the immediate reduction in capital costs with a slightly smaller operational expenditure. There is a perception that cloud will replace the requirement for IT staff. Operational work will still be required, however the time to deploy and the tools available to make the IT department more efficient would result in more time to focus on other parts of the business.

CWS: What do you think is needed to drive improved and cheaper bandwidth in Africa for cloud?

RV: Bandwidth costs and availability will improve over the next few years. A lot of large Telco’s are on a drive to deliver fibre to the door. This will increase the capacity and force the market to drop its pricing for services. Other important factors are things such as the additional cable systems from Europe and Asia. The more capacity we can land in the country the more affordable it becomes. Satellite is also an important factor as infrastructure can be a problem throughout Africa.

CWS: Have you seen an increase in IT spend (in your business/country/region), and if yes, has it included investment in cloud?

RV: I have seen an increase in companies' spending money on cloud based services however, this has actually decreased the total revenue spend. Cloud services are proving to be a great vehicle for companies looking to increase service levels, increase productivity and decrease costs to service providers. All though service providers make less revenue on the service itself, they also save in space and utilities and therefore improve on their profit.

CWS: What do you think is preventing enterprises in Africa from implementing cloud?

RV: Knowledge, the ability to experience it and the correct exposure to case studies. So often companies want to get to know more about how cloud can benefit their business but unfortunately a lot of providers talk about cloud and don’t deliver on its promise. More providers need to invest in infrastructure through Africa to help companies on their journey to the cloud.

CWS: What do you think are the 3 key advantages gained by companies using cloud as part of their IT services?

RV: Improved productivity, cost reductions, the ability to scale up or down as their business requirements change.

CWS: Which key message do you want to highlight during your participation at Cloud Africa in Johannesburg later this year?

RV: The message that I would like to deliver is that cloud services are really there to benefit companies, whether in a private, public or hybrid state. It doesn’t matter what size your business is, there is always an advantage to you as an organisation to adopt cloud Infrastructure, software or security. Although the service delivery may be lacking across Africa for true cloud services, the capability is available and companies don’t have to always leverage off cloud in their own country it could be at the end of a rainbow.

Vodacom is an African mobile communications company providing voice, messaging, data and converged services to around 40 million customers. From its roots in South Africa, Vodacom has grown its operations to include networks in Tanzania, the Democratic Republic of Congo, Mozambique, and Lesotho and provides carrier and business services to customers in over 40 African countries. Vodacom is majority owned by Vodafone, one of the world’s largest mobile communications companies by revenue, and is listed on the JSE Limited under the symbol VOD.

Cloud Africa is a new launch event from the Com World Series – organisers of AfricaCom, the continent’s leading telecoms, media & ICT conference & exhibition. This conference-led event, with co-located exhibition, is the premier meeting place for those looking to join the Cloud movement in Africa. The 2 day programme is led by the industry, for the industry – and the exhibition will attract global players displaying world-class solutions. No other event can be relied upon to attract the diverse Cloud ecosystem with such quality learning & networking, a one-stop shop for seeing the future of cloud in Africa and forming all important business partnerships. Request a brochure today

Posted by EmilyMartyr at 11:20 No comments: