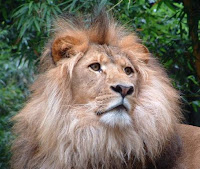 So what does it take to succeed with your own start-up in East Africa?
This is a question that will be answered in the Lion's Den: Entrepreneurs' Shoot Out - taking place at East Africa Com in Nairobi on the 17-18 April.
The exciting new session will be led by ihub Kenya's Erik Hersman, a veteran in the world of innovative start-ups and entrepreneurs. And the participants themselves will have a wealth of experience between them - already confirmed are Eric Kamau, CEO of True African and Benjamin Lyon, VP at Kopo Kopo.

The theme for the Lion’s Den session will be ‘What it takes to be an Entrepreneur’ – each participant will have 1 minute to describe how their business came about and what it does. Then they will have 3 minutes to talk about why the idea works – i.e. the challenges that were faced, and what they think meant it could succeed in East Africa.

There will be three or four participants overall, each with 4 minutes in turn and then there will be 5 minutes for questions from the audience. Erik Hersman from ihub will moderate the whole thing.

The idea behind this session is to really get innovative company’s stories out there. It will bring a great energy to the conference, and hopefully it will inspire the audience of senior representatives from operators, regulators, and global vendors.

The session will take place just before the coffee break, so the audience gets the chance to interact with participants on a 1-2-1 basis as well.

Endorsed by those at the top of regional telecoms, East Africa Com delivers the most heavy-weight speaker-line up that features established giants, new, smaller entrants and everything in between.

You’ll gain a comprehensive overview of all the latest “need to know” topics in the multi-streamed conference while meeting potential new suppliers and partners in the 25 stand networking exhibition which is packed with some of the world’s foremost technology and solution providers.

If you do telecoms business in East Africa, this is an event you cannot afford to miss! Click here to download the brochure

Posted by EmilyMartyr at 10:45 No comments: 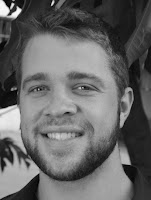 The Com World Series caught up with Cloud Africa speaker, Josh Parolin from the charity Invisible Children - to hear about what his experience with Cloud services are as an SME end user in Africa, and in particular Salesforce.com's contribution to the charity's efficiency & success.

CWS: How would you describe existing ‘’cloud services’’ in Africa?

JP: Existing cloud services in Africa continue to drive adoption within companies and homes across the continent. These services have attracted larger companies, such as RIM and Symantec, to the market and have persuaded them to begin paying more attention to what's happening with the cloud in Africa.

CWS: How would you say cloud has impacted your company?

JP: The cloud has allowed our offices across two different continents (North America & Africa) to connect and leverage data like never before. Tasks such as reporting and data mining which were once limited by bloated software and spreadsheets are now liberated by cloud based CRM and web tools. Communication which was once limited by lofty international fees is now possible with the click of a button. At Invisible Children we're constantly looking to adopt the next great cloud based solution in order to maximize our efficiency.

CWS: Which ‘type’ of cloud would be your choice – public or private?

JP: In our world, the private cloud allows us to share sensitive information and construct valuable reports which without, we would have little need for the public cloud. The private cloud drives our operations.

CWS: How rapidly do you think the adoption of cloud will reducing capital and operational expenditure for enterprises in Africa?

JP: I think what we currently see in the cloud market in Africa is only a fraction of the growth that we will see over the next 10 years. With that, we will continue to see a rapid decline in operational expenditure across the continent. The cloud will continue to find its place in many African companies, big and small.

CWS: What do you think are the 3 key advantages gained by companies using cloud as part of their IT services?

JP: The 3 key advantages of using cloud as part of a company's IT services are increased efficiency, increased ability to scale, and increased innovation. Efficiency is in an instant reward when adopting cloud services because it removes the static and stagnant variables that once weighted a company down, such as servers. The ability to scale allows a company to go from catering to 100 users one day to 100,000 the next day. Finally, increased innovation is a result of the increase in collaboration and learning that becomes possible throughout a company after having adopted the cloud.

CWS: Which key message do you want to highlight during your participation at Cloud Africa in Johannesburg later this year?

Cloud Africa is the premier Cloud event for the African continent - it is taking place on the 23-24 May 2012, at the Sandton Sun Hotel, Jo'burg. No other event will bring together decision makers from such a cross section of the ICT, telecoms and media sectors - all to boost the adoption and understanding of Cloud in Africa.

Josh Parolin is the Salesforce Manager at Invisible Children, a nonprofit headquartered in San Diego, California, with offices in Uganda. Josh began working for Invisible Children in 2006 while living in Gulu, Uganda. Initially hired as IT Manager in Uganda, Josh helped architect the company's IT infrastructure and developed a database to monitor recipients of Invisible Children's scholarship program. Josh now focuses on merging the power of cloud based technologies, such as Salesforce, with Invisible Children's campaigns in the US and Central Africa.

Posted by EmilyMartyr at 13:22 No comments:

Asif Aziz,Group Marketing Director at Expresso Telecom Group, has confirmed his participation as speaker at West & Central Africa Com, taking place in Dakar, Senegal in June.
Expresso Telecom operates across five key markets in West Africa: Senegal, Mauritania, Guinea, Ghana and Nigeria.
Asif Aziz started his career in banking before joining the fast growing telecoms market in the UK, where he held various positions at Orange, Onetel, and Wanadoo. To gain broader experience Asif joined an African Mobile Operator and is now responsible for Group Marketing at Expresso Telecom.
At West & Central Africa Com, Asif will join the Access Debate, discussing how to provide the bandwidth to enable next generation services across West & Central Africa. He will share the panel with Dr Jabulani Dhliwayo of fibre company Corning, and Souleymane Diallo, Founder & CEO of new operator Millenium Telecom Centrafrique.
Posted by Julie Rey at 12:42 No comments:

Richard Choi, Chief Commercial Officer at Jinny Software, has confirmed he will join the group of speakers at EurasiaCom, in Istanbul next month. EurasiaCom is the leading confernece and exhbition for the digital industry in Turkey, Russia, CIS and Eastern Europe, and Jinny Software is one of the event's main sponsors.
Richard will participate in a panel discussion on handset and device evolution with representatives of Yahoo, Nokia and Avea. The objective of the session is to discuss how smartphones are changing the digital market, how to develop apps that can be monetised, and how operators can build effective device strategies.
Richard's 20 years experience in the global ICT (with Jinny as well as with multi-national companies and innovative start-ups) will certainly add great value to the session. He says: “We are excited about our sponsorship of Eurasiacom 2012. There are many opportunities for network operators to innovate and add value to their services, and we look forward to meeting them and hearing about their plans for the digital future.”
Dublin-based Jinny Software offers a range of messaging, call completion, mobile advertising and rich communications solutions to 75+ customers spread across 70 countries.
Posted by Julie Rey at 15:18 No comments: