The Friday News-Round-Up - our pick of what's been happening in the last 7 days in telecoms, media & ICT in emerging markets:

Telecom firms should follow the lead of social networks:
http://www.engineeringnews.co.za/article/telecom-firms-should-follow-the-lead-of-social-networks-2012-03-28

MTN jumps up in global rankings and retains its No.1 Africa spot:
http://www.africatelecomsonline.co.za/mtn/press-room/mtn/mtn-jumps-up-in-global-rankings-and-retains-its-no1-africa-spot


Image of the Moment
The wonders of mobile marketing:
http://www.biztechafrica.com/article/zambia-limits-mobile-spam/1021/


Analyst Comment
Not specific to emerging markets per se but a thought-provoking comment from our analyst brethren:
http://blogs.informatandm.com/4430/operators-must-not-blindly-deploy-wi-fi-without-understanding-risks-to-future-data-profitability/ 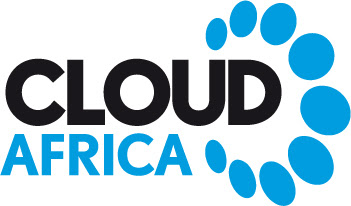 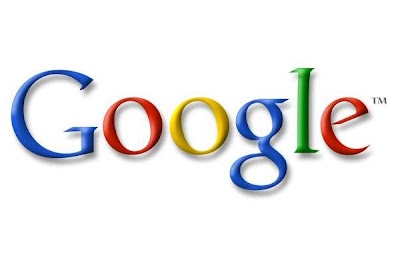 Global giants Google have demonstrated their commitment to the dark continent and confirmed their sponsorship of the exciting new launch event - Cloud Africa. Via their partners Grove Group, they are exhibiting at the event, and giving a presentation for the CIOs and Cloud experts of Africa.
This new conference and exhibition is being led by the Com World Series, part of Informa Telecoms & Media, founders of Africa's leading ICT event - AfricaCom.
The Cloud Africa event promises to bethe premier meeting place for those looking to join the Cloud movement in Africa. The 2 day program is led by the industry, for the industry - and the exhibition will attract global players displaying world-class solutions. No other event can be relied upon to attract the diverse Cloud ecosystem with such quality learning & networking, a one-stop shop for seeing the future of cloud in Africa and forming all important business partnerships.
www.groveis.com
Posted by EmilyMartyr at 10:04 No comments:

The 8th annual EurasiaCom took place in Istanbul on 20th and 21st March, attended by senior representatives of the telecoms, media and ICT market in Easttern Europe, Russia, CIS amd Turkey. Among the participants was by Angel Dobardziev of Informa Telecoms & Media's sister company Ovum. Angel manages Ovum's research team on emerging telecoms markets, and is a regular speaker and chairman at Com World Series events.

Angel has given an overview of the debates held at the event, where he says one of the major discussion points at the event was the industry response to slowing growth caused by increasing market maturity, and the threat from Apple, Google, Facebook, Microsoft, and other over-the-top (OTT) players.
"While there wasn’t a single “silver bullet” strategy, he says, we believe that the industry has approached the challenge with the right mix of pragmatism and innovation. This was evidenced by the insightful debates on international expansion, broadband, mobile content, mobile banking, and mobile advertising. [...] On the whole, the senior executives at the EurasiaCom event demonstrated a healthy mix of confidence, innovation, and flexibility that should put their operations in a good position to respond to the changing market. However, it remains to be seen whether they can execute on these strategies to continue driving growth across their operations."
To see the full article click here.

Ovum is a telecoms, IT services and software company that analyzes changes, threats and opportunities ahead for clients including small companies, Fortune 500 corporations and governments around the world. We provide leading European business information in the technology, information, communications and telecoms sectors.
Ovum is a global advisory and consulting firm. Its primary activity is providing value-added advisory services and consulting to retain and project clients. The company acts as a well-respected and trusted source of industry data, knowledge and expertise on the commercial impact of technology, regulatory and market changes. Ovum engages in continuous research and industry analysis to determine market dynamics in its specialist sectors.
Posted by Julie Rey at 12:45 No comments:

Africa's first dedicated news channel, Africa24, will be TV partner at West & Central Africa Com taking place in Senegal in June. Founder Constant Nemale will give a keynote presentation on delivering compelling TV services for Africa, and a team of journalists will be covering the event with regular updates and interviews of the main speakers.
Here Africa24 gives an overview of the channel's objectives and of their participation at the event.

What is AFRICA24 ?
AFRICA24 is simply the first ever news channel broadcasting 24/7 news about the entire African continent. The whole AFRICA24 meaning stands in our motto “World News for Africa. Africa News for the World”.
AFRICA24’s particularity is that we are driving a positive message based on the notions of progress and development and the determination of a modern communication-oriented image with a clear, accurate, relevant and neutral Editorial content.
AFRICA24’s biggest ambition is to switch people’s perception about the continent. As opposed to what international medias would always relay about Africa- news on wars, hundred, sickness, AFRICA24’s contribution is not only to talk about those points but also to balance the News. Africa also has good news to communicate and nice stories to tell.
AFRICA24 addresses all Africans without distinction. We want to popularize the point of view of Africa on its vision of the world. Africa can now present itself.
Regarding the programming, the channel broadcasts news every 15 minutes as well as chronicles of the African Stock exchanges, interviews, sports and society events non-stop throughout the day.
It started broadcasting in French in February 2009. The company studios have now approximately 90 employees from 32 different origins, are set up in Saint-Cloud, a West Parisian suburb.
AFRICA24 also has correspondents in a score of country across Africa.

Where can AFRICA24 be seen?
AFRICA24 is available 7 days a week for subscribers of Canal Satellite Horizons (channel 36) and on the African continent via MMDS networks. It is also broadcast on Dish Network in the US and Canad, channel 653. In France, it is available on “Orange Livebox” (ch. 166), SFR/“Neuf box” (ch. 260) and also Bouygues Bbox and on Numericable.
The station executives plan a widened expansion in Africa, Europe, Asia, the United States and the Middle East. With 24-hour African and World News from an African perspective, accurate commentary, and high-quality programming, AFRICA24 is undoubtedly a tremendous asset for anyone interested in the developments in Africa.

What is the current market positioning of the channel?
In February 2009, the AFRICA24 channel transmitted to the African continent for the first time.
Only one month after this launch, a TNS Sofres [French market research company] study conducted in March 2009 confirmed viewers’ enthusiasm for the channel, its impact, and the existence of a market and an expectation.
Since 2010, the AFRICA24 teams successfully provided live coverage on the ground of many political happenings (such as presidential elections) but also daily behind-the-scenes coverage such as the Football World Cup in South Africa and the African Cup of Nations (2010 and 212) that also helped to strengthen the channel’s increasingly high profile.
In 2011, the results of a study conducted by EMS Africa on 2.7 million people named AFRICA24 as the most watched French-language African channel on the African continent.

What are the key success factors?
Technology is undoubtedly one of the biggest assets.
Our infrastructure has been designed to respond to the desire to have a simple and progressive tool allowing for flexibility, responsiveness required to handle news and self-autonomy.
Since its creation, AFRICA24 has had a platform and a technical production and modern broadcasting capacity based exclusively on IT technologies (as opposed to more conventional video infrastructures).
The necessity to produce both on an as-required and rolling basis involves a highly structured organisation of staff, in particular for monitoring international news, across all time zones and 24 hours a day.
AFRICA24 entire organization has been fully computerised based on low cost but very effective solutions to optimise the processes and the complexity associated with our “continental” standing (critical need for mobility) and the need for reactivity.

Why is AFRICA24 participating in West & Central Africa Com 2012?
There are two main reasons for that.
First, we have to make sure the happening will be fully covered and widely broadcast.
AFRICA24 biggest challenge is to show to the world what Africa and Africans can do best. West & Central Africa Com is clearly one of the biggest events in the region where high-level senior Managers/Directors will be attending and they all have the African continent’s development in their focus. AFRICA24 mission is clearly to follow up that kind of initiative.
Secondly, West & Central Africa Com is one of the best times where professionals, particularly from technology and telecoms, can share experiences. AFRICA24 success is clearly based on the fact that technologies have been at the centre of our decisions. We would like to foster African best practices sharing. It’s very important to also show that at some point Africans can also settle organisations aligned with the international market standards and specifically in the West and Central Region.
Posted by Julie Rey at 14:29 No comments: