The very mention of the “new” over the top (OTT) VoIP operators such as Skype and Viber is often enough to send shivers through many African operators. The impressive growth and billions of international minutes that these “new” operators experience is seen as having the potential to eat the lunch, dinner and breakfast of “traditional” operators, not just in Africa but across the world. 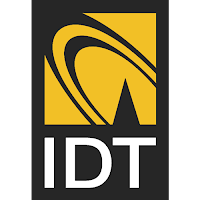 Rather than fear this OTT trend, operators should see VoIP as a huge opportunity to grow their business by retaining and attracting more high value customers. With their own VoIP service, operators can capture opportunity with the advantage of already being trusted brands in their home market. Launching their own VoIP service may be seen as encouraging cannibalizing their own business. In reality, it is a potential new revenue source and as Steve Jobs said, “If you don’t cannibalize yourself, someone else will”. A suite of robust, global VoIP services from a trusted supplier allows African operators to win against those that threaten their business.

VoIP services do not have to be complicated, time-consuming and expensive to launch.
A fully hosted VoIP service, such as the IDT Beyond Global VoIP platform, delivers new revenues quickly and easily. All the technology, platform and provisioning are taken care of by IDT, so operators can remain focused on their core business. With IDT Beyond, VoIP services are robust, scalable and “white labeled” using the brand of the operators. The operator brand will be on everything the customer sees, including the equipment, portals and applications.

VoIP services enable residential and small business customers to use standard telephones and a broadband connection to make and receive phone calls. Operators have the flexibility to offer calling plans based paying per minute, “buckets” of minutes or even unlimited calling. These customized calling plans increase the loyalty and revenue from customers. Importantly, operators also retain the direct relationship with the customer and are well placed to up-sell other services to them.

Offering SIP Trunking can uncover the enterprise sector opportunity, delivering a unified network that saves money without any significant infrastructure costs.
The increasing opportunity in mobile VoIP can also be uncovered by working with IDT to develop own brand mobile applications so customers can make cheaper international calls over WiFi, 3G or traditional local access.

Visit IDT at AfricaCom 2013. Come and meet them at stand F11 by registering for your free ticket to AfricaCom Here 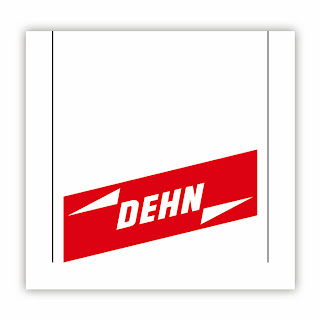 Don’t give lightning a chance – DEHN protects AFRICA! “The sky is falling down!” It’s a hysterical warning from a popular cautionary tale, but threats from on high are very real to modern technologies, which are particularly vulnerable to lightning strikes. Whether renewable energies, telecommunications or process technology, DEHN + SÖHNE – the international specialist in surge protection, lightning protection and safety equipment – has the perfect solution.

Germany-based lightning and surge protection, earthing components and safety equipment manufacturer, DEHN + SÖHNE has officially opened a local subsidiary in Johannesburg on the 31st of May 2013.
Called DEHN PROTECTION SOUTH AFRICA (Pty) Ltd., the company will be spearheaded by managing director, Alexis Barwise.

Established in 1910 in Nuremberg (Germany), the DEHN group is a fourth-generation family owned business, with more than 1,500 employees across 18 countries and sales activities in more than 70 countries worldwide. The company’s product portfolio includes surge protection for power supply and information technology systems, lightning protection and earthing (grounding) solutions, and safety equipment, which comprises a range of earthing and short-circuiting devices, voltage detectors and protective equipment, as well as safety clothing.

According to Dr. Philipp Dehn, DEHN + SÖHNE managing director, the market slowdown in Europe led the organisation to seek expansion opportunities in developing regions. “We have specifically concentrated on the BRICS emerging economies as part of our ongoing growth strategy, establishing our presence in China, India and Russia over the past few years, and now in South Africa and Mexico. “By expanding our international activities to include the southern African market, we can adapt our sales activities to suit the specific requirements of this region, and also partake in active product availability,” he adds.

Barwise explains that the local subsidiary will have a strong focus on the local telecommunications, oil and gas, energy supply, transportation, mining and solar sectors and is set to broaden its product and solution offering within the marketplace. “The DEHN solution portfolio incorporates around 4,000 devices and components and we certainly see great potential in South Africa to extend our offering. This will include our DEHNsupport Toolbox software, which provides a variety of calculation options in the field of lightning protection, ranging from risk management to the calculation of the length of the air-termination rods, separation distances and length of the earth electrodes. From a services point of view, DEHN PROTECTION SOUTH AFRICA will have the ability to perform a number of engineering and test services, from simulating the effects of lightning parameters to test products, to performing maintenance tests on electrical installations, in line with labour law requirements,” says Barwise.

“As a company that has certainly always fostered a pioneering spirit, having invented a number of world firsts – including the first surge arrestor for indoor use, the first separable earth electrode and surge arrester for the protection of measuring and control equipment and data systems – we will certainly carry this attitude through to the local branch,” Barwise concludes.

Visit DEHN Protection at AfricaCom 2013. Come and meet them at stand P32 by registering for your free ticket to AfricaCom Here

iROKOtv: “We’re known as the ‘Netflix of Nollywood’”

Jason Njoku, CEO of iROKOtv, is something of an OTT visionary, having grasped early the massive potential in a continent experiencing both an explosion of original content and an insatiable demand for it. Known as the ‘Netflix of Nollywood,’ iROKOtv is perfectly placed to grow exponentially in the coming years, as Jason explains in the following insightful and enjoyable chat with IP&TV. Next month Jason will be part of a formidable AfricaCast line-up. For booking and more info go here.


IP&TV: Hi Jason. Please give our readers some idea of the origin of iROKOtv – and  of its current scale!

Jason Njoku: We started off as a YouTube channel called NollywoodLove back in 2010. Thanks to some VC-backing from US-based hedge fund Tiger Global a few months after launch, we were able to kick-off a content purchasing spree to ensure we amassed the biggest Nollywood catalogue on the planet. We also chose to invest in building our own platform – www.irokotv.com – and give Nollywood the online home it deserved and opened up offices in London, New York and JoBurg, to give us a truly global presence.
We’re affectionately known by many as the ‘Netflix of Nollywood’. Sadly, we’re not as big as Netflix, but we are the world’s largest online distributor of Nigerian movies and we have roughly 1Mn uniques visiting the site every month. We have people watching our content from 178 countries around the world.

We have a library of 5,000+ movies, the vast majority are free to watch. In July 2012, we introduced a paywall for the brand new content through our subscription service iROKOtv PLUS and our subscribers, for their $5 a month, get three brand new movies a week. This year, we also introduced TV series onto the site, as well as an extras section that shows celebrity interviews, red carpet events and behind-the-scenes shoots for movies and music. So it’s an ever-evolving home of Nigerian entertainment as far as content is concerned.

Nollywood is little else than an explosion of original African content, but access still lags some way behind demand. What are the main reasons for this?

Demand is super-high and access to this incredible catalogue of content has historically been hindered by archaic and disorganised means of distribution – that’s why iROKO was able to grow at such a pace, we gave Nollywood fans around the world exactly what they wanted.

Piracy has had a massively detrimental effect on Nollywood, both in terms of VCD distribution and Internet piracy as well – at present, we are trying to crack the latter, by investing significant funds into fighting the pirates. It’s neither easy, nor simple – but in order to safeguard the industry, it’s a necessary investment.

We bridged the gap between supply and demand by bringing a formal and efficient structure to Nollywood distribution and wrapping it up in a user-friendly, super sexy Internet platform. It’s a brutally simple idea, that has been tough to execute but we feel we’ve made an everlasting and positive change to the industry.

iROKOtv started online but has recently moved into the DVD market – why’s this?

We can preach the good word of www.irokotv.com until we’re blue in the face but, in Africa, the reality is that most people simply do not have Internet access that is good enough to stream movies. This is why 96% of Nollywood in Africa is still consumed on VCD – OTT on the continent isn’t a major platform yet. When Africa comes online, our company will be totally transformed. Until then, we still want to engage with Nollywood fans in Africa and that’s why we entered the DVD market earlier on this year, starting in Johannesburg and moving to London and Lagos. We were very much aware that we were entering a market that is totally flooded with counterfeit goods and that we wouldn’t be able to compete on price point, however we definitely can compete in terms of quality of item. We’ve developed a network of retailers in each city, people can buy the DVDs on iROKOtv and we’ve also partnered with e-commerce stores such as Jumia (Nigeria), Amazon (UK) and Bid or Buy (SA). It’s simply an expansion of our online service, again focussing on and trying to solve the issue of access in Africa.

What is the potential in the African technology space, particularly with regards to video?

Africans have just as much thirst for awesome video content as anyone else in the world, but they are thwarted by poor internet infrastructure across the continent. But we have a young, internet-ready and content-thirsty generation whose disposable income is higher than their parents’ and they are desperate to get online. They, like us (the content providers) are waiting. Just waiting.
The potential of video combined with that of mobile in Africa is literally limitless. The mobile is king on the continent – it is the device of choice for most and there are 100Mn+ registered SIMs in Nigeria alone. Once the telcos have solved the issue of access and are able to price data at a favourable rate that is accessible to millions rather than the thousands, then we will see an explosion of video content. It is not a question of if, it is a question of when.

Finally, what is the importance of an event like AfricaCast in this context?

AfricaCast is a fantastic opportunity for African content makers and platforms to meet, discuss opportunities and make some deals. It’s also a chance for us to highlight the challenges facing content distribution across the content and, importantly, figure out what we can do to improve the situation.

Jason Njoku will be speaking at this year’s AfricaCast (Cape Town, November 12 – 14), the region’s premier show on the future of broadcasting. For booking and more info go here.
Posted by Becca Kean at 12:15 No comments: